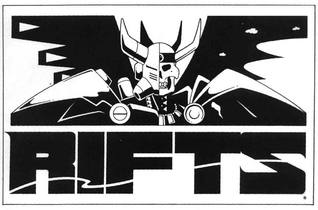 Telekinesis is the ability to move objects without any other means than directed psychic energy. The character can make an object hop,
fall, roll, rise into the air, suspend it there (hover) or make it fly across the room.

In order to move an object by telekinesis, the item must be clearly visible, within the psychic's range (60ft/18.3m) and the point of focus.
As usual, the psychic must concentrate on what he is doing; thus, each telekinetic feat counts as one of the character's physical attacks. The
total number of telekinetic attacks is equal to the character's number of physical attacks per melee; usually 3 or 4. One can attack with telekinesis
by hurling an object as if thrown or causing it to buzz about a room, swinging and hitting like a club controlled by an invisible hand. Several
objects can be telekinetically thrown around within the same melee round, but not simultaneously. The psychic can only concentrate on one item at a time. For Example: A physical psychic with four, normal, hand to hand attacks per melee can perform four attacks with telekinesis.
First, he makes a flower vase fly from the table, aiming it at his opponent's head. Second, he makes the lamp hurl at the guard at the door. Third, the table is suddenly flipped up on end and, fourth, the doorknob is turned and the door flung open. Four attacks or actions
using telekinesis.

As we can see in the example, telekinesis can be used to do more than making objects fly around. The telekinetic power can be used to
open doors, flick switches, press buttons, turn knobs and dials, open windows, make a rocking chair rock and so on. The range of possibilities
is extensive when you stop and think about it. Remember, each action counts as one of the character's physical actions/attacks per melee.

Combat Bonuses:
• + 3 to strike with telekinesis; physical/skill bonuses to strike do not apply when telekinesis is used.
• +4 to parry with telekinesis, by using a controlled object to parry or sheer telekinetic force to block an attack. Counts as a medium
heavy object; costs 8 I.S.P.

Note: Telekinesis is not a force field, thus, while it can be used to parry/block a punch, kick, club, knife or even sword, it can not stop bullets, arrows, gas, flying tackles, and similar attacks. Furthermore, a failed roll to telekinetically parry means the psychic did not parry and is struck by his opponent.